One of the business activities that new business owners struggle with the most when first starting out is networking. If you’re anything like I was when Kong and Way first started out, then you’re probably dreading and delaying networking events for as long as you can. It’s especially the case if you didn’t have a lot of networking opportunities as an employee of another company to use as practice.

The important thing to remember, though, is that networking is critical in building a strong foundation for your practice, even if it doesn’t seem so important in the moment.

With that said, below are 7 networking tips I used to practice my networking skills and to overcome the anxiety that was first attached to it.

#1. Understand why you’re there.

Business activities that are done with a clear goal and purpose are more likely to succeed. This is because the person who’s doing the activity (i.e. you) subconsciously behaves in ways that go towards achieving the goal.

Networking is no different. You first need to set and understand the importance of the goal you’re trying to achieve by succeeding at the networking event. And if you’re not sure what your goal should be…

#2. The goal is to build relationships.

The number one goal for any networking activity is to build strong relationships. That is, networking is not to be approached with the idea of getting clients or enticing potential referrers. Sure, acquiring clients is an important aspect of networking, but too much focus on that will lead you to sell to them, not talk to them.

Relationships also don’t always have to be about business relationships. Don’t be afraid to grab the opportunity to make friends and build personal relationships. The business world works in funny but obvious ways, and even if someone doesn’t want to work with you right now, there are other ways they can be of importance to you in the future. Underestimating the importance of having friends with similar business interests could also mean you become more and more isolated.

#3. Be genuine and get to know people.

Building on the last point, networking works when you’re being yourself and approaching people from a genuine human perspective. Have you ever been at an event where the person you’re talking to was constantly scanning the room to find their next sales target? Feeling like they’re only interested in selling to you and not in what you’ve got to say is probably the quickest way to completely shut off your interest in them.

Being genuine is one of the easiest, yet simultaneously the hardest, networking tips and strategies. But all you need to remember is this: when talking to someone at a networking event, pay attention to whomever you’re talking to, and find out about them, their interests and their business. Don’t switch off the moment you determine they’re no use to you; People hate feeling unimportant and rejected! And everybody has something to offer and something you can learn from.

Before I explain this point further, let me just say that I think practising your pitch is absolutely important. The more you practice your pitch, the better you can quickly and accurately describe your business in simple, easy-to-understand ways.

However, as I made it clear in the previous points, networking isn’t always about selling. And the pitch you practised over a hundred times isn’t always relevant to the topic of conversation. Plus, people can generally tell if it’s a practised pitch or a genuine contribution to the conversation.

Listen to what people say, and talk about the aspects of your pitch that are relevant to it and that adds value to the topic. There is no easier way to grab someone’s attention than being of value to what they need.

Sometimes it’s nice to go to networking events with your coworkers, contractors or your business partner(s). Especially if you don’t have a lot of experience networking, you would appreciate some company and knowing you don’t have to stand alone feeling nervous.

But you’re at a networking event for a reason: to network with other people. If you go with a group, branch out and meet people you haven’t met before. This will ensure that you have the opportunity to have meaningful conversations with other networkers, but more importantly, make you look more approachable by others that might want to talk to you. If you want to make the most out of a networking event, make it easy for other people to penetrate your circle. And following from this point, don’t be afraid to stand alone if you’re the shy type and would rather have someone else initiate the conversation!

#6. Be selective with your business cards.

Unless you make a lasting impression and offer something that is useful to people, they aren’t going to look at your business card again after the event. Most likely, they probably wouldn’t even remember your face.

After having a meaningful conversation with someone and determining that you have something to offer each other, then hand out your business card because you know that will actually help them. Otherwise, it’s a waste of your time, their time and your business cards, and you could risk seeming desperate or even rude.

Not all networking events will be useful to you. Sometimes, you’ll come home feeling like you’ve just wasted 3 hours standing on your feet, smiling and making no significant connections. Well, that happens. Like any other business activity, not everything you do will have an immediate or any real return on investment. And that’s OK.

Avoid clouding your head with an unrealistic expectation of what should happen at a networking event. And don’t despair just because it didn’t go so well the first time (or several times after that).

The first and most important thing you can do to network effectively is to show up. Then, focus on being present in the moment. Introduce yourself, contribute to the conversation, learn something about someone else’s life or business, and most importantly, have fun! If you have a good time, you’re more likely to want to go again, which can only increase your chances of making meaningful connections.

Networking can be a nerve-racking experience, and until you get the hang of it, it can feel like a dreadful activity that you have to do. But the outcome of an activity depends on the way you do it. Do it with enthusiasm, and it’s likely to rub off on others too, and make you seem more interesting and likeable. Do it with dread or resentment, and you’re probably not going to have a good time.

And the number one networking tip? Don’t take yourself too seriously. Just get out there and start mingling! 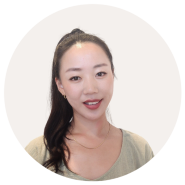 Danielle is a business consultant and partner at Kong & Way. With extensive research and experience in the allied health industry, coupled with her love of analytics and structure, Danielle keeps a keen eye on business data when working with clients in private practice. Connect with Dani on LinkedIn.

Why Don’t Clients Come Back? 9 Mistakes You Could be Making in Your Private Practice 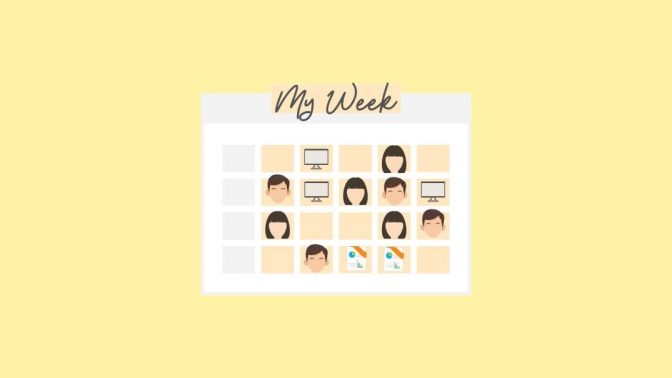 6 Signs You Need to Change Your Private Practice Business Attitude

Are Your Clients Going to Your Competitors? Don’t Panic Just Yet!

Unsure if your private practice is on the right track? Wondering if your plans for the future of your practice are feasible? The Practice Lab business coaches and consultants guide practice owners with quality and tailored advice to support sustainable growth. Reach out to us to talk about your business needs!

has been added to the cart. View Cart